The Bridge on the River Kwai (Photo credit: Wikipedia)

The Bridge On The River Kwai is considered to be one of the finest movies to come out the fifties.

When I think about this particular film one of the first things that comes to my mind is the theme in music and script.  It somehow captures the feeling and meaning of this movie’s message. It means different things to different people.

For some reason a lot of folks got emotional about this film. My father got choked up whenever the movie was mentioned.  “Yes, The Bridge”  he would sigh and at that point the conversation was over, at least for him. It was an emotional thing. It was as if he had made the movie himself.  And he wasn’t the only one overly involved with it.

When this film was released in 1957 it was an instant hit and eventually it became a staple at drive-in movies for years to come. This became the first big screen summer escape.

A good story has that extra boost when there needs to be something done, something built or just a purpose that people will remember.  This bridge has all three.

A Frenchman wrote it, The British produced it and David Lean directed it. With such dedication while the film was being shot in Ceylon, an island off the southern coast of India, the director’s wife divorced him on the grounds of desertion during the extended shoot.

This film is about  psychological warfare between two colonels in a Japanese prisoner of war camp during WWII. There was no guard towers or barbed wire, the jungle was enough.  One the commander, the other a prisoner.  They have one thing in common though, building a bridge over the river Kwai.  For the English the task can and will be to  improve morale under Colonel Nicholson’s single-minded leadership.  For the Japanese, it is a do or die project. The bridge must be completed on time or else.

As it progresses this film turns into a heart of darkness involving a reluctant American hero in the form of an escaped prisoner and a crack team of british professionals determined to complete their mission:   Timing is everything, especially in this case.

There is a reason why this film garnered seven of the top Oscars in the following spring. The cinematography is the some of the best I have ever seen. It is well paced and the tension never quite lets up.   More than anything else it is about our highest aspirations and deepest intentions. Danger abounds. Simply spectacular entertainment. A scene in the film, bridge at Kitulgala in Sri Lanka, before the explosion (Photo credit: Wikipedia) 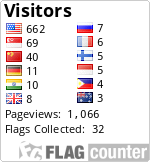